In this Steemit review, a deep dive on the decentralized platform that allows its users to earn cryptocurrency for content creation.

It is no news to any tech-savvy individual that the internet basically revolves around content creation. Billions of users from around the world surf the internet on a daily basis. Additionally, this goes by various devices to upload, manage, and gain access to valuable content; most of which relate to every aspect of our lives. Also, research has revealed that these internet activities amount to about 2.5 quintillion bytes of data daily which is worth billions of dollars.

Firstly, many will find it difficult to wrap their heads around these fascinating statistics while others can easily relate it. For instance, content creation is the reason why major tech companies are rated as some of the most valuable brands in the world today. In recent years, social platforms like Facebook, Twitter, and the likes have recognized the value. In addition, the content created on their platforms is read by many users.

The quality of content creation on social media platforms

For this reason, they have tried to create an ecosystem where people cannot only connect with each other but also conveniently generate valuable content.

For decades, content creators have generated billions of dollars’ worth of value for shareholders of social media platforms. However, only a little percentage of this generated value is being given back to the main owners. Accordingly, this accounts for the rapid decline of the content marketing industry in recent years. Obviously, the public has got tired of creating quality content, because, at the end of the day, they have only little to show for it. In this Steemit review, a new approach to content creation. Moreover, their platform will reward its users for sharing, also with the help of blockchain technology.

Steemit is an incentivized, blockchain-based, public content platform poised at rewarding users for creating and curating content on the network. In general, Steemit aims at providing more than just a social platform for users. All in all, through a fully decentralized blockchain framework. Additionally, it plans to create a vast social economy fueled by the platform’s traditional token; Steem.

Steemit is built on the Steem blockchain, which operates in a fully decentralized pattern. Moreover, this way, users can be assured of a social network with no central authority. Also with no data vulnerability, no data abuse, and no downtime. The Steemit platform runs on a uniquely designed consensus algorithm that operates on a principle to reward every stakeholder involved. In other words, you can invest time and effort to create content and be rewarded for it. Also, users can buy STEEM cryptocurrency and reward other users that create valuable content.

For years, content creators had to deal with the strict and unfair policies of advertising firms. Also, affiliate marketers as well as other sales channels in an attempt to earn financial rewards for their content. In fact, by eliminating these middle entities, Steemit is able to provide a transparent social network.

Additionally, where publishers and viewers can enjoy a peer-to-peer association with each other. Also with full assurance to publishers that their contents will get the reward it deserves based on its quality. Finally, readers are able to earn rewards for curating quality content on the network.

The Steem blockchain gives its users access to a wide range of other decentralized applications that runs on the chain. Besides users get access to applications that promote easy creation of content like articles, pictures, and videos. All this to assure users of getting the best experience while creating those quality contents. As stated earlier in this Steemit review this platform has a lot of benefits compared with the traditional social media platforms out there.

Features and benefits of Steemit

Steemit provides three main types of currencies, which have been uniquely engineered to perform different functions on the Steem blockchain.  In short, they can be divided as follow:

First of all, there is STEEM, the primary coin in the network which all other tokens derive their value from. It is a liquid currency and therefore can be sold or bought on various exchanges, as well as transferred to other users as a form of payment.

In an attempt to bring stability to the Steem ecosystem as well as for individuals on the Steem network, Steemit is able to provide a stable coin called the Steem Blockchain Dollars. This uniquely designed coin will help protect its holders from the risk of volatility that the cryptocurrency market poses.

SBD vs STEEM the statistics

In order to be assured of a long-term capital commitment, Steemit provides a unique token having a thirteen-week vesting period. In addition, the amount of Steem Power a user has will determine his influence on the network. The Steem Power is non-transferable but can be converted to Steem in a process called Power down. Also, a user can choose to increase his voting power on the network by converting his Steem to Steem Power in a process called Power up. 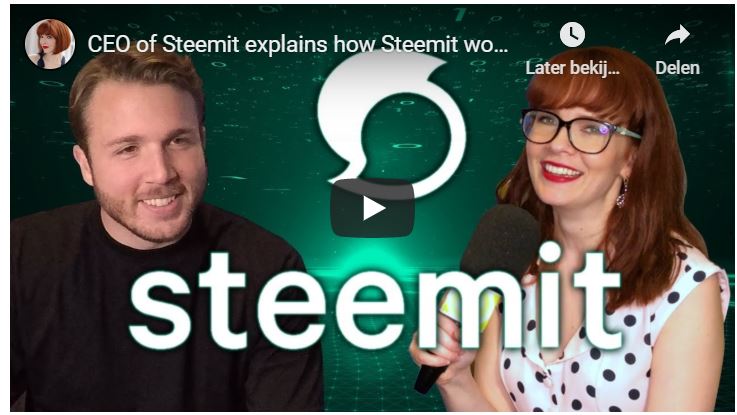 Nonso is a local travel blogger who dedicates most of his time to sharing his local travel experiences on various social media platforms. After five years of successfully documenting over 100 travel experiences, he decided to quit because he felt he was not getting the monetary benefit and engagements he deserved.

Luckily, he recently heard about Steemit from a close friend. Also, he became interested, because he believed getting the proper funding was pivotal in his line of job. Five months into the platform, he became popular for his topnotch contents and started connecting with other travel bloggers on a community he joined on the platform. With the help of his new friends and the incentives he earned on the platform, Nonso started traveling internationally and this earned him great global recognition. After all, Nonso became a happy travel blogger.

For decades, content creators have had to deal with the dilemma of not getting rewarded for their valuable content. For this reason, the internet-sphere is currently experiencing a massive decline in the influx of quality content. As a result, Steemit has created a blockchain solution to tackle these challenges. Having built a content marketing platform, modern content creators can actually earn an income by creating value.

DISCLAIMER: Trading in cryptocurrencies involves substantial risk of loss and is NOT suitable for every investor. Any content on this site should not be relied upon as advice or misconstrued as providing recommendations of any kind. We are not investment advisors or analysts. Everything provided here is purely for informational and educational purposes.