The main question that many enthusiasts ask is what powers the EVM and how it works on the Ethereum blockchain. In this article, we answer this important question and we make an overview of how the EVM works as a whole.

What Powers The Ethereum Virtual Machine?

Before starting, it is very important to understand that the Ethereum Virtual Machine is one of the key elements of the Ethereum network. The EVM is responsible for handling the whole computation of the network.

The Ethereum Virtual Machine will basically be compiling that code created by developers using Solidity and transformed into bytecode. In this way, the nodes would have the possibility to understand what was written and what it means.

This would ultimately allow for the whole network to understand what was written in the code and process the request executed by the smart contracts as long as the instructions are clear and correctly written.

Thus the EVM is powered by the bytecode programming language allowing it to process the different lines of code entered by developers. Without it, it would not be possible to decode what developers are writing when deploying smart contracts.

At the same time, one of the most important features of the EVM is related to the Gas needed by developers to power the whole Ethereum network.

The Ethereum network includes a fee scheme that is measured through Gas. Each of the transactions processed by a party in the network would include a small fee that is paid in ETH. This would allow the smart contract or transaction to be powered on the network.

The price paid by users depends on the price of Ether at the time of executing the specific order.

At the same time, Gas helps the Ethereum network avoid spamming attacks, considering that users have to pay for the fees required to execute orders.

As mentioned before, the EVM is essential for the whole Ethereum network to operate considering nodes have an EVM that runs code and executes the orders.

Without being achieving Turing Completeness, the EVM would not have the possibility to work as it should. Nowadays, this feature that powers the EVM allows it to execute software instructions rather than financial transactions such as the ones processed by Bitcoin (BTC).

The Ethereum Virtual Machine is then a key part of the Ethereum ecosystem. Also, it allows developers to create decentralized economies, Initial Coin Offerings (ICOs) and many other projects.

Ethereum expanded in the market during the last few years and became the second-largest crypto and blockchain network after Bitcoin.

This is certainly important because Bitcoin can primarily and almost exclusively perform financial transactions. Ethereum, through the EVM and its capabilities, it is able to go even further and allow developers to execute smart contracts.

Although this is something that could have been done through a traditional centralized system, the advantages of having a decentralized network such as Ethereum are huge. 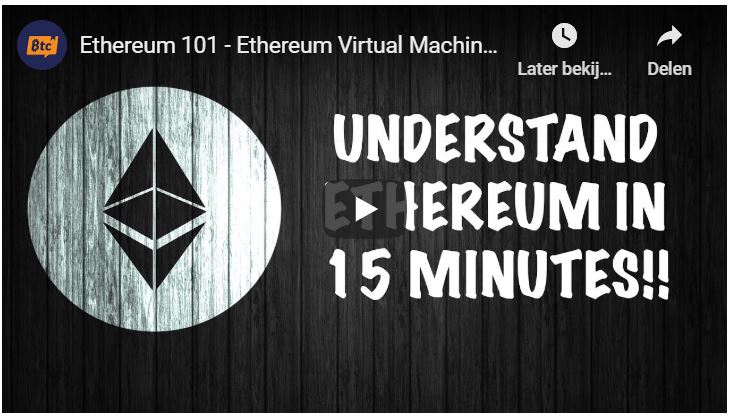 This article aimed at understanding which was the main characteristic of the EVM and what powered it.

Basically, the EVM transforms code into Bytecode that allows smart contracts to be executed. Without this feature, it would not be possible for nodes to execute smart contracts and code written by developers.

At the same time, Gas will help the Ethereum Virtual Machine process the software instructions embedded into each smart contract running on Ethereum.

Carlos is an international relations' analyst specializing in cryptocurrencies and blockchain technology. Since 2017, Carlos has written extensively for leading cryptocurrency sites; with over 3,000 articles published.