This NOIA Network Review will cover in detail its solution to bring the internet to the next level by extending current content delivery networks and fast load times.

In the early years of the internet boom, web pages consisted of just lines of mark-up text and a few matching images. Also, surfing web pages was anything but difficult and slow. Additionally, provided that a certain level of signal strength could be met by your service provider.

Internet experience has transformed since then though. In more recent times, data-intensive activities such as live content streaming, online gaming, video-conferences are normal. In fact, these activities became an indelible aspect of our everyday internet surfing behavior. On the other hand, there’s internet speed that needs to keep up the pace with this high demand for data.

Content Delivery Networks came into the picture and in all fairness, they’ve done much better in terms of speeding up load time. In general, they’re basically formed by distributing servers across different geographical locations. In detail, when a web page is requested, it is easily pulled out from the nearest server, instead of having to go all the way through the original host server. CDNs considerably save time, but they are still far from perfect.

The current problem with CDN providers

Service costs of Content Delivery Networks are on the high side. Most CDNs charge an average of 0.085-0.16USD per GB, and this is very expensive to the average internet user.

The solution that NOIA Network brings

NOIA provides a major improvement in the existing data solutions. In detail, they allow unused bandwidth on computers, routers, and data centers to form distributed/decentralized points of presence (PoP). All this to be capable of caching web content and delivering to users on request.

In this review, we shall learn how NOIA will arrest the shortcomings of the modern-day CDN market. Additionally, by not only providing decentralized and fast internet but also allowing us to earn cryptocurrency in the process.

NOIA is a content delivery network that leverages blockchain technology to provide an autonomous, distributed internet. Instead of making use of centralized servers at strategic locations to cache web content, NOIA allows individuals to allocate unused bandwidth or storage space on their computers in exchange for NOIA tokens. Furthermore, these computers or nodes act as PoPs in the network, performing similar tasks as servers in traditional CDNs albeit, in a more efficient and reliable manner.

In the first place, available bandwidth is sold to website owners to enable them to cache their web content across the decentralized nodes.

Secondly, when such a webpage is requested, NOIA’s artificial intelligence algorithm determines and selects the preferred node that will deliver the web content. Moreover, the content will be delivered at the fastest load time possible to the user. Besides, this is very similar to the distance-vector routing protocol in data networks that determines the best route for data packets based on proximity.

Since it is a decentralized network, users and website owners can rest easy without having to bother about security concerns. Moreover, server downtime, hardware upgrade, maintenance, and other tailbacks associated with central servers are a thing of the past.

On NOIA network, you can earn a passive income simply by providing bandwidth through your unused PC storage and keeping it on for some hours.

NOIA combines two structural elements in order to provide an efficient and fully functional ecosystem. The first element, the Content Scaling Layer combines a peer to peer(P2P) file-sharing protocol. Also, it uses artificial intelligence technologies to determine how content is scaled and delivered in the network. In fact, blockchain technology and AI are the key elements in this review.

Artificial intelligence plays a major role in determining how content is delivered. NOIA’s content scaling layer makes use of mathematical algorithms in forecasting traffic. Furthermore, it forecasts traffic along network routes and it determines the least-cost route between any two nodes or between the node.

Smart Caching is another way artificial intelligence is applied in NOIA’s operation. Since it is basically a decentralized network of nodes, Smart Caching makes it easier to cache web content by simply sharing the actual cache memory across all the network nodes.

The second structural element is the Governance Layer. For an incentive-driven ecosystem like NOIA where value (tokens) are constantly transferred between nodes and users, there is a need to control the flow of value. Similarly, to maintain efficiency, transparency and to uphold customer confidence and this is made possible through smart contracts on the Ethereum blockchain.

Basically, the Content Scaling Layer is responsible for how content is delivered. Also, the Governance Layer is solely charged with controlling value flow in the network.

Internet service providers currently struggle to meet the growing demands of users presently. Moreover, it’s not yet clear how they’ll fare a couple of years from now. For example, Cisco predicts that 82% of all IP traffic will be video content.

CDNs proved to be a viable solution. However, growth and acceptance are being curtailed by drawbacks such as high costs of service. Additionally, other examples are the probability of failure and low network coverage due to few and sparsely located servers.

NOIA’s emergence into the CDN market births a new era. For instance, the possibility of caching and delivering web content through unused PC storage acting as PoP in the network. Also, NOIA’s concept will not only benefit users through cheaper and faster internet; it also presents healthy benefits to website operators since their content will reach a global audience in an efficient manner.

Asides being used by site operators to pay nodes for delivering their content to users, NOIA tokens are also used to reward individuals for acting as PoPs. Presently, 1NOIA token represents about 5Gb of data.

NOIA tokens are more than just a means of value transfer. In the first place, they play a very vital role in network governance. Secondly in maintaining transparency and optimum efficiency amongst worker nodes. Finally, on detection of fraudulent or malicious acts by nodes, they’ll be made to forfeit payment and consequently, suffer reputation loss.

Where to buy NOIA token

Below is the table that lists the cryptocurrency exchanges that already have added the NOIA tokens to their trading platform. 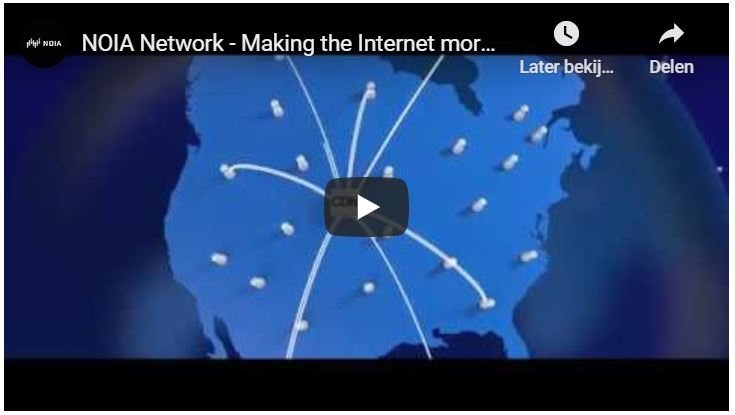