In this Hive review an exclusive publication of this recently launched platform targeted at bringing back decentralization to the blockchain-industry.

The recent power battle between Justin Sun and the Steemit community created a major impact across the entire crypto community. In mid-February 2020, the news was launched that the decentralized blogging platform Steemit had been taken over by Justin Sun. Moreover, this brutal move of the TRON foundation was received with mixed reactions across the crypto industry. While some saw this as a major development that spelled great fortune for the Steem community, many questioned Sun’s loyalty to the Steem project.

The Steem community, however, deemed this a hostile takeover by one of the industry’s biggest entrepreneur – a move which seemingly goes against everything the community represents. In response to this, the community moved to limit Sun’s power by immediately launching a soft fork to this effect. This soft fork was aimed at ensuring that Sun had no access to a pool of tokens, popularly known as the “Steemit Inc.’s Ninja-mined Stake” which technically, will give him full administrative power over the Steem community.

The foundation of complete decentralization

In the first place, the Steemit platform was built on the foundation of complete decentralization. Meaning, an ecosystem with no central authority but fully driven by the community. Also, a network designed to give voice to every user without prejudice. Therefore, the centralized takeover of Justin Sun goes against everything the Steem community stands for. For this reason, the community recently made a history-defining move to put the Steem Project back on track. Next in this Hive review, the research of this new decentralized blogging platform that has its main focus on Web 3.0.

Hive (launched on the 20th of March 2020), is a Delegated Proof-of-Stake (DPoS) governance blockchain. In addition, this platform is created to rejuvenate the true values of the Steem community. As a result, Hive was formed by implementing a hard fork of existing Steem code to enable it to run independently from the already existing chain. This way, every Steem account will appear on the Hive network as well but will be independent of one another.

Hive provides a decentralized platform fully driven by the community as was initially intended by the founding fathers of the Steem blockchain. For this reason, users on the Hive platform can enjoy the benefits which Steemit initially provided. And even much more; no central authority, no data vulnerability, no data abuse, and no downtime. Also, the Hive platform provides its users access to a wide range of decentralized applications (DApps) registered on the chain.

Hive.blog is one of the many websites powered by the Hive blockchain and fueled by the platform’s traditional token, HIVE. On this platform, a user gets rewarded in cryptocurrencies when he creates contents and it gets upvoted by other users. Interestingly, posting, commenting, and voting on Hive.blog is completely free. The introduction of Hive marks the end of the era of social tyranny in our world. Hive provides a living, breathing, and growing social economy fully controlled by the community.

Notably, the Hive wallet is a stand-alone wallet that is designed to function on the hive Blockchain. On this wallet, users can hold the three different tokens fueling the platform – HIVE, Hive Power, and Hive Blockchain Dollars. Like the Steemit wallet, users can perform several tasks like Power Up, Power Down, and Transfer tokens on this decentralized wallet.

Features and Benefits of Hive 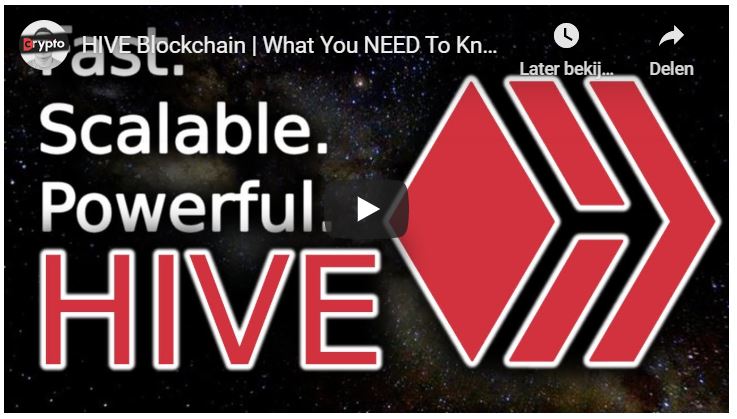 In particular, Hive provides three different types of digital currencies on the network. Moreover, with each performing completely different functions as listed below.

In general, HIVE token is the base liquid currency token in the platform. Furthermore, this unique token can be transferred between users on the network. Additionally, HIVE can also be converted into Hive Power in a process called Power Up. Finally, for investors who are interested in buying this token: Binance cryptocurrency exchange is one of the most reliable places to go at the moment.

In detail, Hive Blockchain Dollars (commonly called HBD) are stable-value currency tokens designed to protect holders from the risk of volatility. In addition, it is pegged at 1 USD. Also, Hive Dollars can be converted to Hive but in general, this process takes 3.5 days to complete. For converting HIVE to HBD or vice versa the best places to go are Peakd and Blocktrades.

The amount of Hive Power a user has will determine his influence on the network. Furthermore, the Hive Power is non-transferable but can be converted to Hive in a process called Power down. In this process, a user will receive equal distributions of the Hive weekly over a 13week period. Also, a user can choose to increase his voting power on the network by converting his Hive to Hive Power in a process called Power up.

Since the start, the future of decentralization in the crypto industry has been threatened. Especially, by ‘whales’ or big investors out of the industry that feel the need to place their selfish interest over that of the community. For this reason, Hive blockchain was launched in order to ensure that the future of their cryptocurrency community is kept alive. With the research I did in this Hive review, I hope I have given you enough information about this exciting new content platform.

DISCLAIMER: Trading in cryptocurrencies involves substantial risk of loss and is NOT suitable for every investor. Any content on this site should not be relied upon as advice or misconstrued as providing recommendations of any kind. We are not investment advisors or analysts. Everything provided here is purely for informational and educational purposes.