An introduction to the best exchanges to buy ICX coin. Also, this guide gives you a deeper insight into this interesting cryptocurrency project.

Since the explosion of the blockchain over the last couple of years, a huge number of blockchain platforms and networks have been created (over 5301 cryptocurrencies listed on Coinmarketcap as of writing this). No doubt, there are many advantages to competition between different networks. But it also presents a significant barrier to blockchain’s adoption. For instance, blockchain technology is still in its infancy and it still can take years before this technology reaches the greater public.

Moreover, many crypto insiders and early investors are claiming that blockchain technology is experiencing similar phases compared to the internet in the ’90s of the previous century. About 20 years ago when the internet got mainstream, it firstly disrupted traditional media channels(like tv, news, and magazines). Moreover, this trend of online disruption has never stopped resulting in the launch of Bitcoin in 2009. Similar to Bitcoin, the Icon(ICX) token is a cryptocurrency with a limited supply of coins. This guide will be explained where to buy ICX and also some decent research into this exciting blockchain project.

The introduction of ICX token

What’s next in the evolution of blockchain and decentralization?

One of the new(launch 2018) interesting projects out there is Icon(ICX). In fact, this blockchain project aims to be a blockchain network intermediator. Similar to the bigger Ethereum network Icon uses a token called ICX for transaction fees and monetization. Currently, ICX token is ranked 40th place at Coinmarketcap with an estimated market cap of 131 million USD.

A short history of ICON(ICX)

In the first place, the ICON network has been in development for 2 years. Additionally, it was created by the Dayli Financial Group. The Dayli Financial Group is a Korean firm that specializes in financial innovation and technology. Besides, if you’ve ever used the exchange Coinone, you might recognize the company’s name. They actually own the Korean platform that allows users to buy and sell various cryptocurrencies.

The idea behind the ICON network is to “hyperconnect the world” with blockchain technology. Furthermore, the Dayli Financial Group is on a mission to build the largest decentralized network the planet has ever known. Back in 2017, this project was initiated by a very successful ICO that resulted in the funding of more than 40 million US dollars.

ICON wants to be one of the first fully decentralized blockchain network in the world run through its participants by on-chain governance. In other words, a decentralized network of equal nodes doesn’t have a central authority who runs and oversees things. However, to make the right decisions about further developments, the network uses a consensus mechanism that is called Delegated Proof of Contribution(DPoC).

Delegated Proof of Contribution(DPoC)is a governance protocol designed to attribute rewards towards those that contribute most to the ICON Network. This system allows the ICON Network to operate a fully decentralized autonomous governance system without reliance on a single entity. This is achieved by making adjustments to the distribution of wealth and governance power.

Another component of this ‘fancy decentralized system’ is the Incentives Scoring System that regulates the economics of the entire network. Additionally, its an evaluation system for accurately measuring and rewarding the contributions of various ICONists within the ICON Network.

As stated above the ICON network operates on a Delegated Proof of Stake consensus protocol. With this protocol, it is possible for every network participant to stake their assets and delegate certain tasks to so-called ICOnists. ICX is the token that functions as currency and can be used for all types of transactions on the network. Users who are staking ICX tokens can be rewarded with crypto dividends that could lead to 15% additional passive income annually.

What is ICON(ICX) Network: Video Explanation 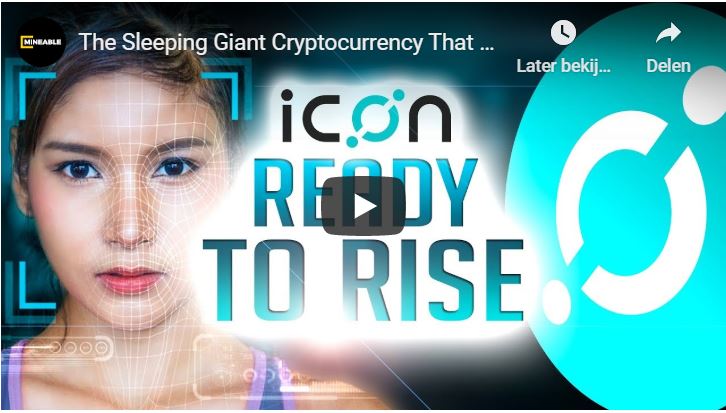 Nowadays it’s quite easy to go to an exchange and buy ICX if you compare it with the early days back in 2013. Back then not many altcoins existed besides Bitcoin or Litecoin and the few crypto exchanges out there were only willing to sell for Bitcoin.

Since then many developments took place within the entire cryptocurrency space where a lot(!) of new exchanges appeared. As a result, it’s not a high risk anymore to buy ICX with fiat or credit card at a centralized cryptocurrency exchange.

Below the cryptocurrency exchanges which will give you the best result in acquiring ICON(ICX) instantly. For instance, the list below will be covered in more detail later on in this guide.

The general process of buying crypto at any exchange

One of the most famous properties of cryptocurrency is that it isn’t tied to physical borders. Also, it’s very easy for anyone in the world to buy a cryptocurrency like ICX. Nowadays, buying ICX instantly can be done with only one limit and that is a working internet connection!

How to do this properly?

The process of buying crypto at a regular exchange could vary, but the basic principles of buying remain the same:

This guide discusses the best exchanges to buy ICX and is aimed at investors who are relatively new to cryptocurrency.

Binance is founded by Changpeng Zhao and is a well-known blockchain industry expert and expert in setting up trading systems. In the past, he also founded BijieTech and was head of development at Blockchain.info. Furthermore, Binance can be considered as the best altcoin trading platform, if you consider the trading volume and the number of coins listed on the exchange.

Binance which is originally a company from China, recently moved it’s headquarters to Malta because the Chinese government banned cryptocurrency trading. Despite this ban, this crypto platform managed to grow to the biggest altcoin trading platform as it is today.

US residents on Binance

If you are a USA resident, then I have to warn you. Recently, the main trading platform at Binance didn’t allow US residents at their platform anymore. This due to regulations by the USA government. But don’t worry too much about that, within no time the trading company opened doors to Binance.us.

Trading at this domain is allowed for US customers because it meets US regulations and compliance standards based on its Digital Asset Risk Assessment Framework.

For buying and trading the ICON(ICX) cryptocurrency the following trading pairs are available:

Hotbit, founded in 2018, is a young but fast-growing cryptocurrency exchange that is registered in Europe(Estonia) and Asia(Hong Kong). Furthermore, this cryptocurrency exchange is growing fast and according to Coinmarketcap, it is ranked 3rd in the list of newly added coins. For instance, Hotbit has listed 547 trading pairs and it supports 6 languages(Chinese, English, Russian, Korean, Thai, Turkish). Also, it has accumulated to 540000 registered users in a very short period of time. This very young cryptocurrency exchange is very ambitious and has a very strong belief in the future of decentralized distributed ledger and smart contract technology. Notably, they are aiming to become the ‘new Amazon’ in the blockchain industry.

How to start trading at Hotbit

Signing up is pretty straightforward which requires a valid e-mail address to confirm that you are the owner. Also, it’s very important to know that you have to set-up 2FA authentication in case you want to do a withdrawal, password management or API-setup. If not the case then it’s up to you if you want to enable 2FA authentication, SMS-verification or just verification by e-mail. In summary, trading doesn’t require you to do an extensive KYC/AML process which speeds up the process of buying ICON(ICX) a lot!

Where to buy ICX: Gate.io

Gate.io is a crypto exchange founded in the fall of 2017. In addition, the platform is operated by Gate Technology Incorporated, headquartered in Seoul, Korea, with a registered address in Virginia, USA.

In the first place, this exchange gained popularity in the Chinese crypto community for its robust security system, user-friendly mobile apps, and smooth interface. Also, Gate.io differs from many exchanges because it offers hassle-free access to a number of hard-to-find coins and up-and-coming projects. Moreover, this exchange is designed to help investors finding information related to their preferred coins and overall market trends.

Gate.io’s web-based trading platform operates on par with most cryptocurrency exchanges. At launch, it included a detailed order book, trading history, and solid charting for those requiring technical analysis. In general, the exchange is described as responsive and functional and uses a combination of hot and cold wallets to keep assets secure.

At Gate.io the following pairs are available for the ICX token:

Okex is a trading platform specialized in cryptocurrencies and has its headquarters in Beijing. Besides delivering service for Bitcoin exchanges and trades, the platform is also a payroller and lending app for retailers. Okex is part of the bigger Okcoin consortium specialized in online futures trading. In 2018, Okcoin migrated its futures platform with cryptocurrencies which resulted in the Okex platform. One of the big benefits of this Okcoin migration is that Okex has strong liquidity in BTC/USD and LTC/USD trading pairs.

Okcoin maintains two leading entities, whereby one has its focus on the Chinese internal market. In addition, the other entity has a broader focus aimed at the global market and has its headquarters in Hong Kong. Okex and Okcoin together are one of the bigger cryptocurrency exchanges in the world. For instance, if you take a look at their trading volume which exceeds 2.8 billion US dollars in just 24 hours.

Kraken is a US-based cryptocurrency exchange with a proven track record of security and data protection privileges. Established in 2011, Kraken provides unmatched cryptocurrency trading services built on transparency and accountability through a public Proof-of-Reserves audit scheme. Kraken claims to have the highest Euro volume of bitcoin and crypto trading on any exchange. In particular, SEPA transfers on Kraken are available for users living within the European Economic Area. Deposits are completely free while withdrawals incur a fee of €0.09.

Buying crypto like ICON(ICX) has become easier these days if you compare it with trading cryptocurrency a few years back. Particularly, the supply of several places to buy ICX has been grown over the years. Besides, it totally depends on you what your intentions are as an investor/trader with this newly acquired crypto. By showing you the general way to buy crypto, I hope I have given you a clear view of what ICON(ICX) is all about and what the best places are to buy this cryptocurrency.