This Tomochain review gives a deeper insight into it’s blockchain solution. Furthermore, an explanation of PoSV algorithm, masternodes, and other issues it tackles.

Our rapidly changing world is entering yet another dimension, thanks to blockchain and tokenization. The emergence of bitcoin blockchain was a breakthrough in Fintech, but only a few foresaw potentials in other areas. Firstly, Ethereum gave a sneak peek of the disruptive capacity of blockchain technology. In addition, it allowed developers to create their own decentralized applications (dApps) and tokens to solve problems leveraging blockchain.

Many ecosystems targeted at revamping diverse sectors have been created on the Ethereum network, but notable barriers often hinder widespread adoption. Next, below is the list of the current barriers Ethereum is facing.

Finally, for blockchain technology to take its due course, a means to scale these barriers must be deciphered.

This review starts with Tomochain being an EVM-compatible blockchain designed to lower entry barriers. Additionally, they are doing this by presenting radical solutions to existing bottlenecks. Besides, Tomochain is a public ‘permissioned’ blockchain that utilizes ERC-20 compliant smart contracts to create a platform that can efficiently power blockchain ecosystems and dApps. Also, Tomochain has a unique blockchain architecture that enables fast and seamless payments. Furthermore, it takes care of token issuance, topnotch security and decentralized store of value.

The Proof of Stake Voting(PoSV) algorithm

PoSV consensus mechanism is an offspring of the PoS algorithm. Just like its parent mechanism, PoSV is characterized by a fair voting system bereft of manipulation. Also, it has improved security and an incentivized system that rewards nodes for acting in the best interest of the network.

To review Tomochain we can’t ignore its architecture which consists of 150 masternodes. Furthermore, these masternodes maintain the network in line with its consensus algorithm. In fact, these masternodes are not to be confused with token holders. While the latter are participants who hold TOMO tokens and transact with them, masternodes produce blocks and ensure smooth running of the network. Besides, users that wish to become masternodes must deposit 50,000 Tomo to a smart contract. After confirmation of deposit, users are listed as masternode candidates. Then, a voting process is then carried out by coin holders to elect masternodes.

As earlier mentioned in this Tomochain review, scalability is one of the limiting factors of current blockchain networks. Moreover, Tomochain seeks to address scalability with three innovative solutions:

Altogether, there are three token standards on Tomochain.

Tomochain has a vast range of practical applications ranging from gaming to electronic voting. Also, areas like e-commerce, robotics, messaging amongst others are covered. Besides, this can be attributed to its high speed and scalabilty provided on dApps.

Here’s a detailed list of Tomochain’s use cases and existing decentralized applications.

Tomo token is the native token of Tomochain. Moreover, Tomo is used for all transactions on the platform. 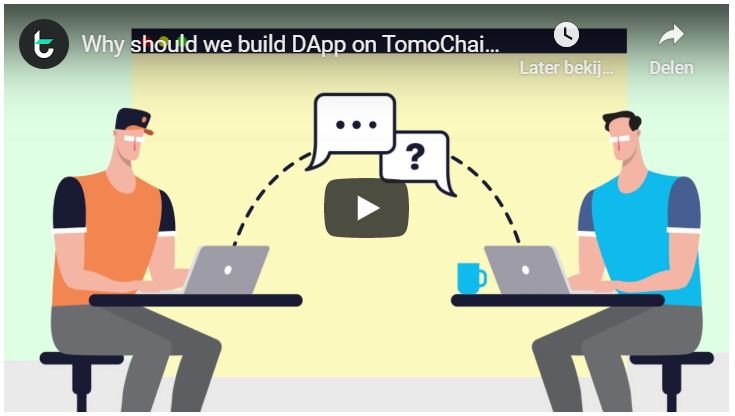 Overcoming current challenges in blockchain networks is a giant leap towards mass adoption. As a result, Tomochain ensures that no stones are left unturned in its quest to facilitate the improvement of blockchains and the creation of dApps.

DISCLAIMER: Trading in cryptocurrencies involve substantial risk of loss and is NOT suitable for every investor. Any content on this site should not be relied upon as advice or misconstrued as providing recommendations of any kind. We are not investment advisors or analysts. Everything provided here is purely for informational and educational purposes.