Running masternodes is a popular method to acquire cryptocurrency with zero risk. In this article, 6 projects with the highest profitability.

A masternode can be described as a computer or node which participates in a Blockchain network of computers. This node has a full and latest copy of the actual Blockchain stored on its hard disk. One of the most famous nodes out there are the Bitcoin full nodes, but other decentralized networks use this principle also. So can you compare a Bitcoin full node with other masternodes out there? The answer is no. Running masternodes comes with certain profitability. Here’s why.

Masternodes have properties that differ from normal nodes on a Blockchain network. The most common difference lies in the fact that they perform different tasks compared with common nodes. Some of the special tasks they deliver are:

Like I mentioned earlier, the masternodes are participating in a network and are communicating with each other as any other decentralized network does. This to keep the most crucial element of a network intact, which is decentralization. So if you are interested in passive income and holding, are running masternodes still profitable?

The profitability of a single masternode

What does it take to run a single masternode? Every single person who is interested in running a node is free to do this. There are no constraints or barriers just like setting up a full Bitcoin node. However, running a masternode comes with an obligation. One needs to commit or collateralize certain units of a particular cryptocurrency to be able to run a full masternode.

The most important reason for this is by collateralizing certain units the masternode owner has something at stake in this holding game. Holding a large amount of a certain cryptocurrency in a masternode ensures that the owner can’t cheat and secures the total Blockchain network. This holding comes with rewards whereby after a certain block is mined masternode holders are rewarded in cryptocurrency. As a result, the profitability for the masternode comes from rewards by supporting the network.

Dash(DASH), was being introduced to the cryptocurrency markets in 2014. Back then the coin had a different name and was called Darkcoin. In March 2015, the name of the cryptocurrency was changed to Dash. Dash wants to be the cryptocurrency which is mainly focused on privacy. With DASH coins it’s possible to do privacy-centric and instant transactions. The idea of this digital currency is to be the online digital cash which is similar to the ‘fiat-cash’ in the offline world. To protect privacy transactions being processed on the Blockchain are made anonymous. The technology the Dash team uses to anonymize transactions is called DarkSend. The name DarkSend comes from the CoinJoin project which took part in making Bitcoin transaction more anonymous.

With DASH, payments are private and cannot be tracked along with balances. This is different from the Bitcoin Blockchain where every public key is traceable and balances are open for the public. To guarantee privacy of transaction on the Blockchain, Dash uses a technology which is called InstantX. When sending funds over the network, users can use InstantX to make transactions irreversible within four seconds.

What is needed to host a DASH masternode

Horizen(formerly ZenCash) is also a cryptocurrency coin that is focused on privacy. The project’s goal is to provide privacy to users. To do so, this incentive-driven application platform aims to provide control of their own digital footprint. In May 2017, this new cryptocurrency project was launched. This new project launch didn’t occur by organizing an ICO or making coins available by pre-mine which isn’t very common in the cryptocurrency community. This new coin called ZEN wants to enable real-life use cases, including the ability to privately chat with others, publish information and go anywhere on the web with complete privacy.

By running masternodes Horizen has three types of nodes:

What is needed to host a supernode(ZEN-500)

Syscoin was launched back in 2014 as an open-source blockchain network based upon Bitcoin software and mining technology. In particular, this network is merged-mined with Bitcoin and also uses Proof-of-Work as a consensus mechanism. The big benefit of this is that Syscoin is as secure a Bitcoin which makes them very reliable as a potential business partner.

Fast forward today the network has been evolved into a blazing-fast token transfer method that can handle payments on a very high scale. Also, the network can provide interoperability with ERC-20 tokens on Ethereum because of their build-in trustless bridge option.

Some key features of Syscoin

Firstly, 75% of each regular block reward is distributed to Masternode operators as an incentive to continue running the node. Each payout amounts to roughly 25 SYS, though this will increase over time due to the Seniority Benefits mechanism. At the time of writing, a Masternode is likely to receive a 25 SYS reward roughly once every 24 hours.

Secondly, as a seniority benefit, Masternode operators receive a 35% bonus to their base reward after one year, and a 100% bonus after 2.5 years. This benefit is paid only if the collateral for an active Masternode is kept locked at the same address for the entire qualification period.

Finally, the specifications for installing your Syscoin masternode in the cloud:

More information on installing the Syscoin masternode in this helpful guide.

Zcoin(XZC) is launched in 2016 as a privacy-focused cryptocurrency token based on open-source principles. The way they offer privacy on the Blockchain is by their own protocol or zero-knowledge proofs of Zcoin. This Zcoin protocol was first being introduced in the Bitcoin source code by Johns Hopkins University professor Matthew D. Green and offers some anonymity to Bitcoin transactions. Zcoin extended this Zcoin protocol in their code base and build a new feature on it.

What is needed to host a Znode

PIVX is a privacy coin based on the most updated Bitcoin core(0.10.x) and has been developed as a new clone of the DASH coin. One can say that DASH and PIVX are very similar coins. PIVX has features such as masternodes, instant transactions(SwiftTX) and private transfer based on the ‘coinjoin’ method. These features are also included in the DASH implementation. Because PIVX is very similar to DASH and shares the same code base, the development team of PIV has to work closely with the DASH team. When an update needs to be done on DASH the PIVX developers also need to update their code because there is a strong dependency.

PIVX stands for Private Instant Verified Transaction and is an MIT licensed anonymity-based fork of DASH coin. The main difference compared to DASH is that PIVX uses a ‘proof of stake’ mechanism to handle transactions on the Blockchain. PIVX claims to be a 2-tier currency which can be split in two: ordinary transactions and anonymous transactions. What is needed for a profitable masternode?

What is needed to host a PIVX masternode

SmartCash is a coin that is created based on the principles to deliver easily interchangeable fast and user-friendly cryptocurrency. Their goal is to create the sharpest and fastest-growing currency or digital cash. It’s a community-driven coin also built of the ‘Zerocash’ protocol which DASH uses. They’re aiming to deliver very fast transaction times and privacy for the users on the network. They don’t like the ‘central authority model’ and are using their foundation for governance. How to gain profitability from this masternode?

The way to do this is by setting up a large community, hiring talented developers and convincing retailers or shop-owners all over the world. By creating a community and using traditional marketing methods they are focusing on growing organically.

Smartnodes or masternodes are servers that run a Smartcash wallet and handle transactions on the Blockchain. The servers provide the following services:

What do you need to host a SmartNode 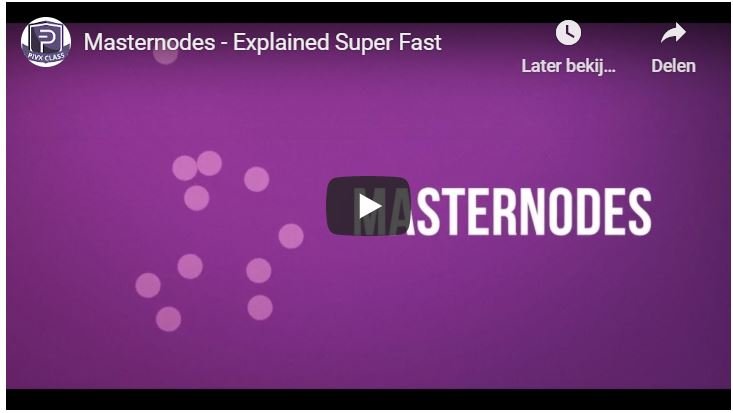 For people who are not really interested in this ‘masternode tech’ or are not comfortable with running their own nodes in the cloud; there is another opportunity for you.

For instance, allnodes is an online service that can help you by setting up your Masternode in simple steps. Additionally, you can host Masternodes and Full Nodes as well as Stake coins in a few clicks, monitor the rewards and status of your currency. Of course, this comes at a price but will remove the worries by managing your own node on remote vps.

Profitability of a masternode conclusion

Masternodes have the reputation to be a passive income generator tool for the few ‘rich’ cryptocurrency holders out there. As we all know the cryptocurrency markets are currently bottoming out and prices are very low compared to a year ago. This comes with an opportunity for investors who are not interested in trading crypto. Nowadays, investing large amounts of coins and setting up a profitable masternode comes with lower risk. If you are a believer in this cryptocurrency market and want to profit out of passive income, running masternodes is a good way to do this.

***To be Profitable in the markets